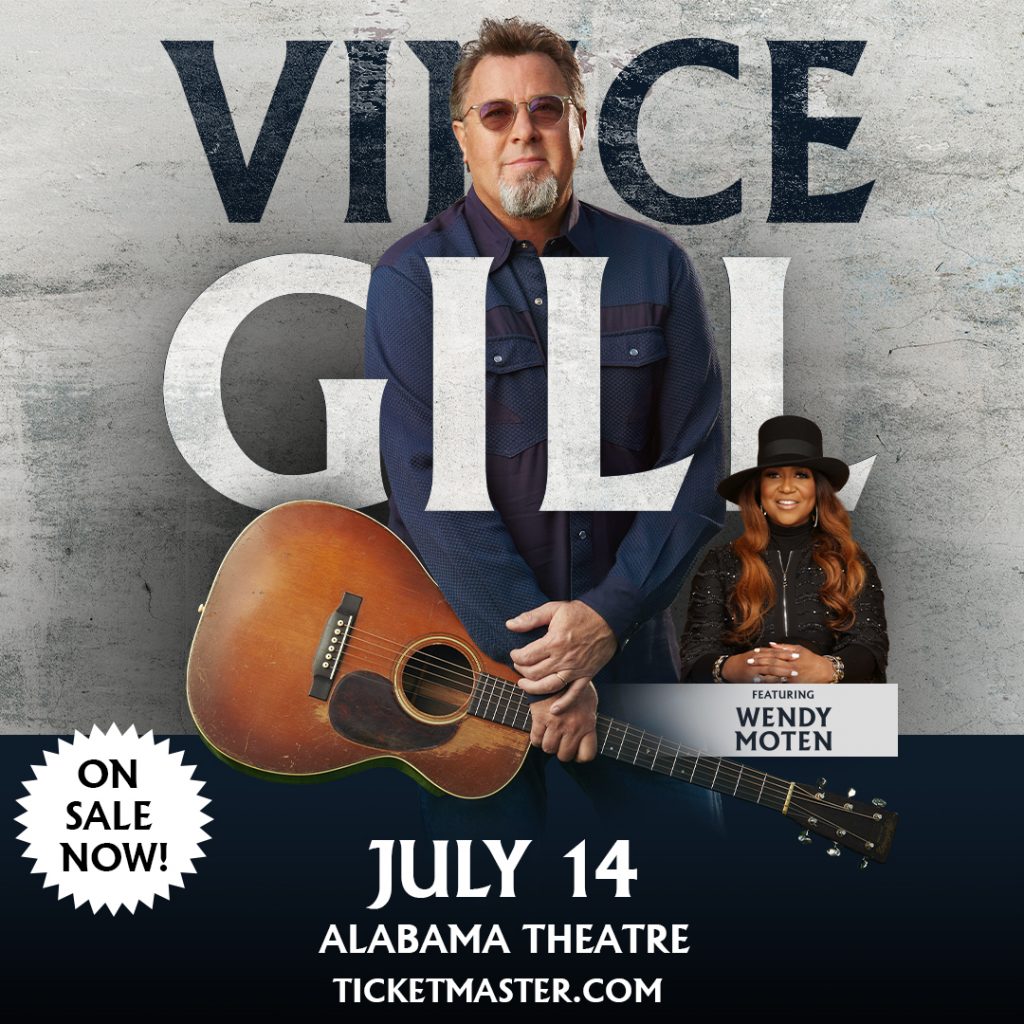 One of the most popular and most recorded singers of the past thirty years, superstar Vince Gill announced today that he will resume touring this summer with 18 dates being released today and more to be announced in the weeks to come. It is the first time Gill has toured with his band since 2019. Featured on the tour will be vocalist Wendy Moten, who has most recently become known for her breathtaking performances on NBC’s The Voice in 2021.

Gill, who has been touring with the Eagles since 2017, is looking forward to stepping center-stage again. “When all touring stopped back in March of 2020, it was a good time for me to take a break from the road. Now, the Eagles are touring again, and that’s a blast! But, I’m also eager to get back on the bus and visit some places and fans that I haven’t seen for a while.”

Featured during each evening’s concert will be singer Wendy Moten who has toured with Gill as a harmony singer for several years. Gill, who produced Moten’s most recent album I’ve Got Your Covered had this to say: “I’ve always enjoyed sharing a stage with Wendy, whether she was singing harmonies for me, or when we were in The Time Jumpers together. It’s always been my wish that more of the world could hear her, so being able to feature her each night of this tour is something I look forward to.”

In the words of Emmylou Harris, “Vince is one of those rare gifts the universe gives to all of us.” So, get your tickets now!

One of the most popular artists in modern country music, Vince Gill is famous for his top-notch songwriting, world-class guitar playing and warm, soaring tenor, all wrapped up in a quick and easy wit. Gill achieved his big breakthrough in 1990 with “When I Call Your Name,” which won both the Country Music Association’s (CMA) Single and Song of the Year awards as well as a Grammy for Best Country Vocal Performance, Male. Since then, Gill has won 17 additional CMA Awards, 22 Grammy Awards, and eight Academy of Country Music Awards. In 1991, Gill was invited to become a member of The Grand Ole Opry, and in 2007 was inducted into the Country Music Hall of Fame. In 2012 he was honored with a star on the Hollywood Walk of Fame. A gifted songwriter, Gill’s compositions earned him entry into the Nashville Songwriters Hall of Fame in 2005 and was awarded the prestigious BMI Icon award in 2014. Throughout his career he has released 20 albums, sold over 30 million albums, and charted 45 singles. Always considering himself a musician above all else, Gill has over the years been a part of some iconic bands including Pure Prairie League, The Cherry Bombs, and The Time Jumpers. In 2017 Vince was asked to join the Eagles on the road and continues to be a part of that historic band’s tour.

Wendy Moten is an exceptional, adaptable singer, a pure musical spirit, and a bridge from Memphis to Nashville to the rest of the world. Respected in the music industry as a consummate professional for years, the wider public discovered her talent and charm through her remarkable run on NBC’s The Voice in 2021. She turned all four judges’ chairs on her blind audition and ended up in second place overall – unprecedented for an artist in her 50s. A native of Memphis, Moten sang R&B on a major label in the 90s then moved to Nashville to become an in-demand harmony singer. She spent 15 years as the key support voice for Julio Iglesias. And she has toured with Martina McBride, Tim McGraw & Faith Hill, and Vince Gill. She’s performed as a soloist on the Grand Ole Opry multiple times and been a featured artist in the Country Music Hall of Fame and Museum’s Musician Spotlight series. In 2019 she joined the Grammy-winning Nashville western swing band The Time Jumpers.

The World Games 2022
Please be aware that this event occurs during The World Games 2022 Birmingham. While there are no events within our immediate area, be aware that parking or road closures on the way to the theatre may make it more challenging than usual to get there. You can refer to information at this link for maps and details on road closures.
The Alabama Theatre is located on 3rd Avenue North between 18th and 19th Street, between the Downtown map and the Railroad Park map. Waze and Google Maps are updated with current road closure information. If you plan to use a GPS app to get to the theatre, use one of these. Parking Info:
This is our standard parking information and may not reflect changes due to The World Games 2022. 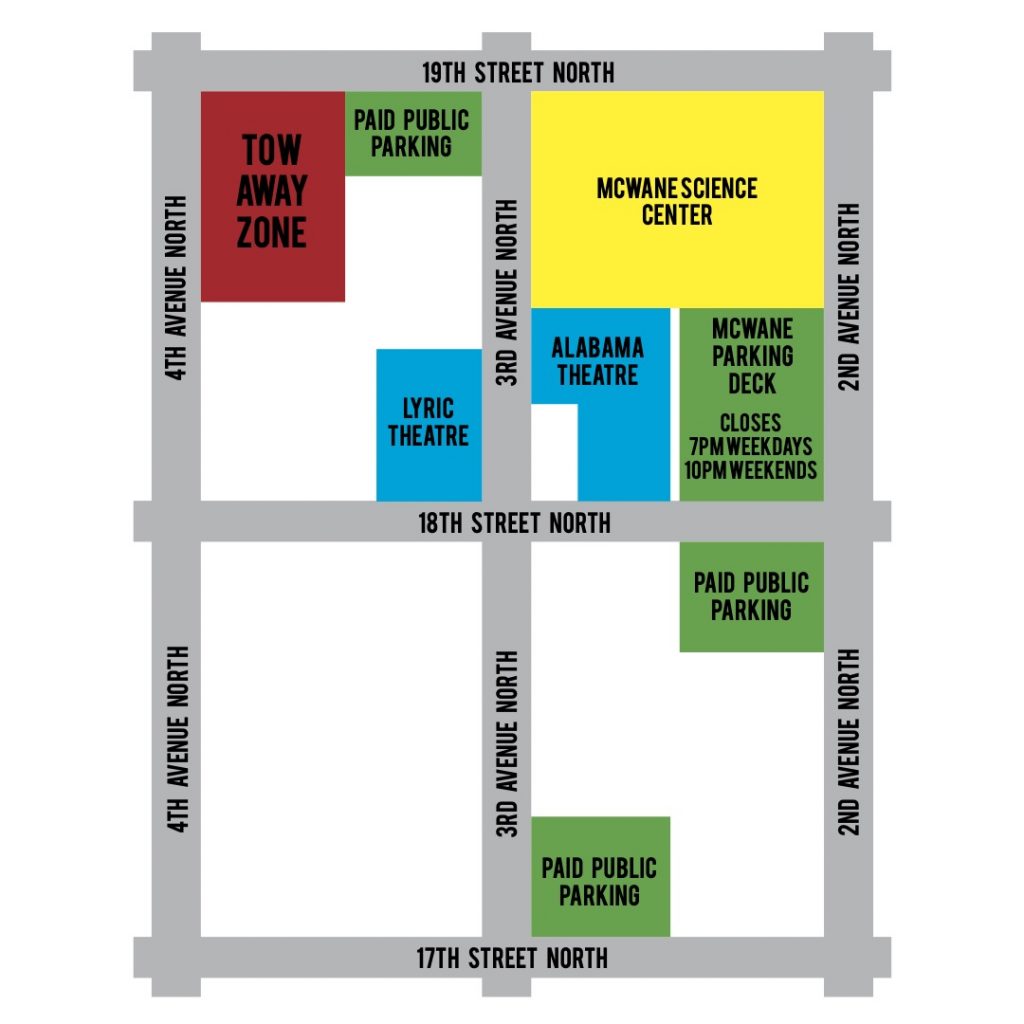