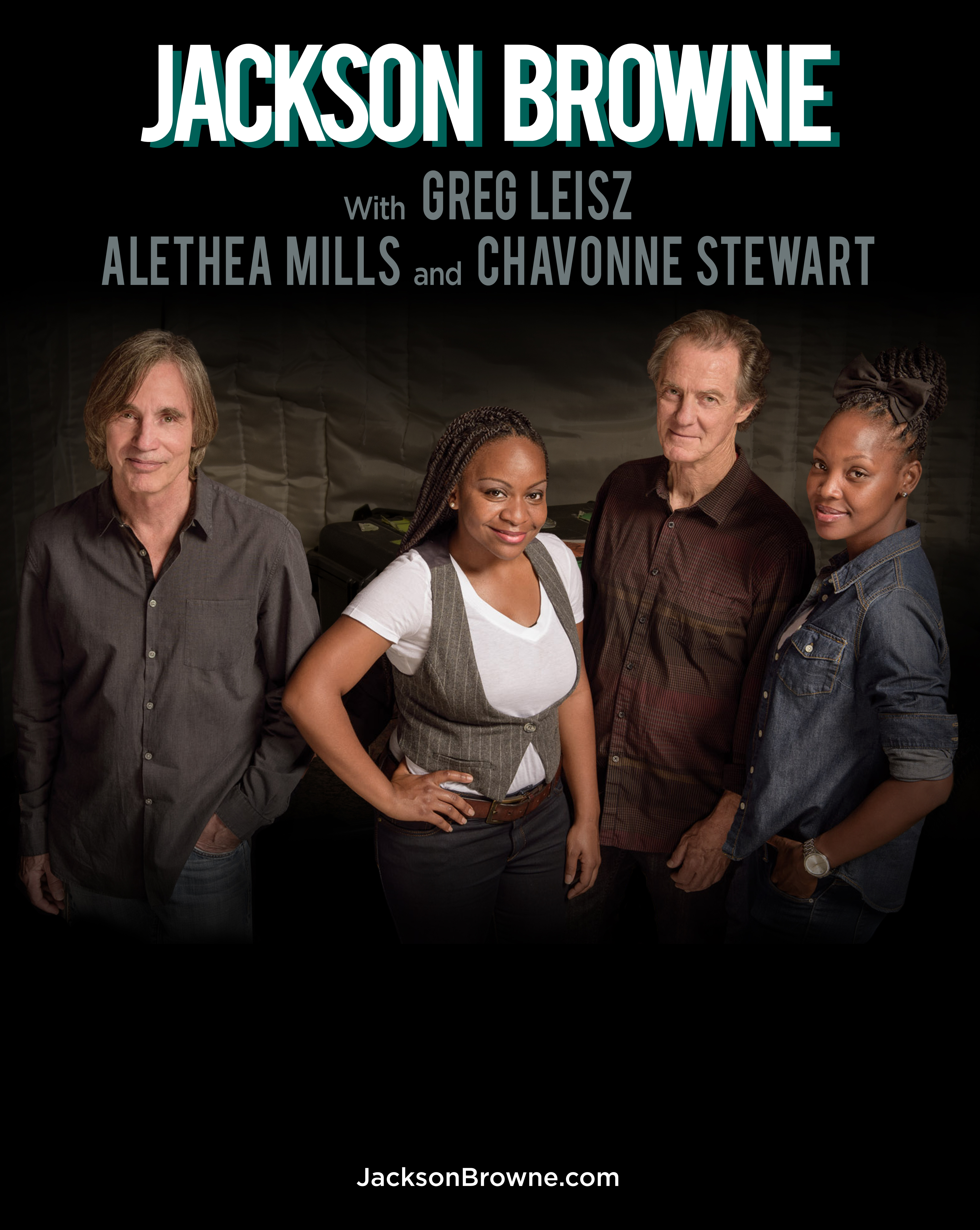 Jackson Browne has written and performed some of the most literate and moving songs in popular music and has defined a genre of songwriting charged with honesty, emotion and personal politics. He was inducted into the Rock and Roll Hall of Fame in 2004 and the Songwriter’s Hall of Fame in 2007.

Except for a brief period in NYC in the late 1960s, Jackson has always lived in Southern California. His debut album came out on David Geffen’s Asylum Records in 1972. Since then, he has released fourteen studio albums and four collections of live performances. His most recent studio album, Standing In The Breach, is a collection of ten songs, at turns deeply personal and political, exploring love, hope, and defiance in the face of the advancing uncertainties of modern life.

Browne is known for his advocacy on behalf of the environment, human rights, and arts education. He’s a co-founder of the groups Musicians United for Safe Energy (MUSE) and Nukefree.organd a member of the Ocean advocacy group, Ocean Elders.

In 2002, he was the fourth recipient of the John Steinbeck Award, given to artists whose works exemplify the environmental and social values that were essential to the great California-born author. He has received Duke University’s LEAF award for Lifetime Environmental Achievement in the Fine Arts, and both the Chapin-World Hunger Year and NARM Harry Chapin Humanitarian Awards. In 2004, Jackson was given an honorary Doctorate of Music by Occidental College in Los Angeles, for “a remarkable musical career that has successfully combined an intensely personal artistry with a broader vision of social justice.”